An overcast and stormy day greeted the 16 members and friends of the Association who attended the Association’s 31st AGM at the Wacol Military Museum on Sat 24th Oct. Not surprising the incoming Committee is unaltered from that of last year with the only change being Kieran Nelson becoming Treasurer in lieu of Doug Ng:-A number of people also accepted their honorary positions again:-The Treasurer’s report showed Cash on hand at $5,775.07 and pointed out that our income for the year was diminished due to the effects of Covid-19 which resulted in fewer visits to the Museum (closed for 6 months) and the loss of at least 1 and possibly 2 Bunnings BBQs.

Andrea Williams, past President and current Editor for the PNGAA (Papua New Guinea Assn of Australia) was awarded the Patron’s Medal for 2020. Andrea has supported and assisted our Association in many ways over the past decade and a half. A prime example was the holding of Rabaul’s 100th Anniversary Party -harnessing the resources of both associations made for an outstanding event and fund raiser.  Unfortunately Andrea was unable to attend because of Covid-19 restrictions but a speaker phone call to her in Sydney enabled out Patron, Maj Gen Pearn, to make the presentation to President Phil on her behalf.

​The meeting was followed by a free BBQ lunch thoroughly enjoyed by all those present.
Towards the end of the lunch the heavens opened with a deluge of badly needed rain. 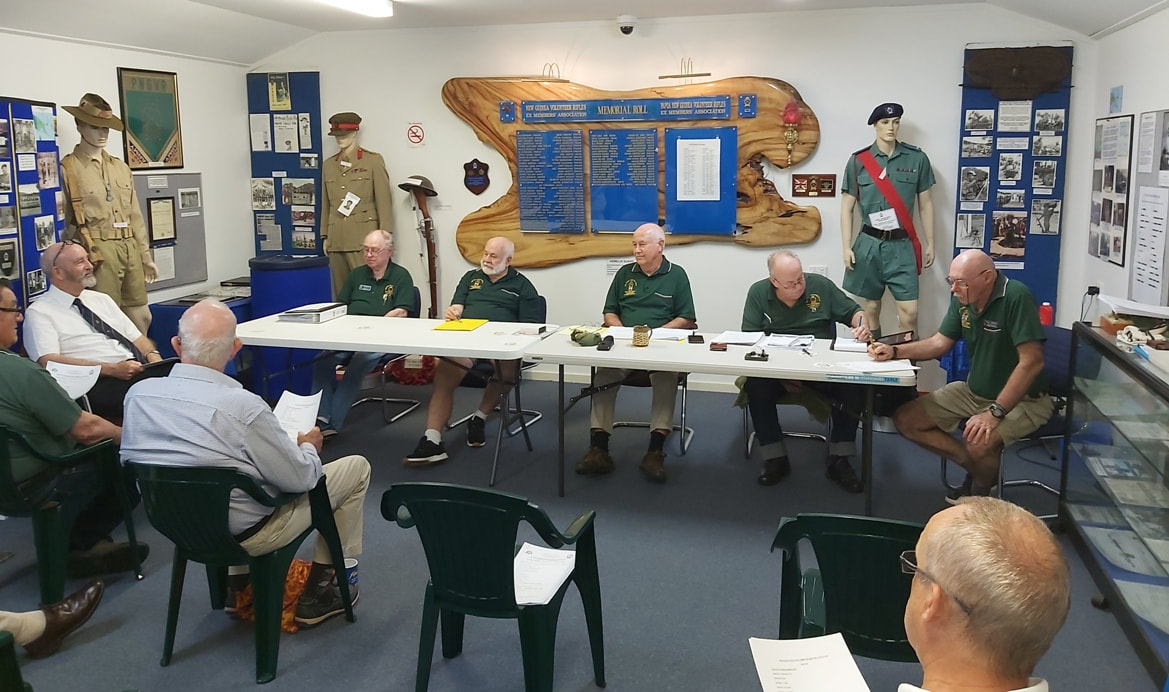 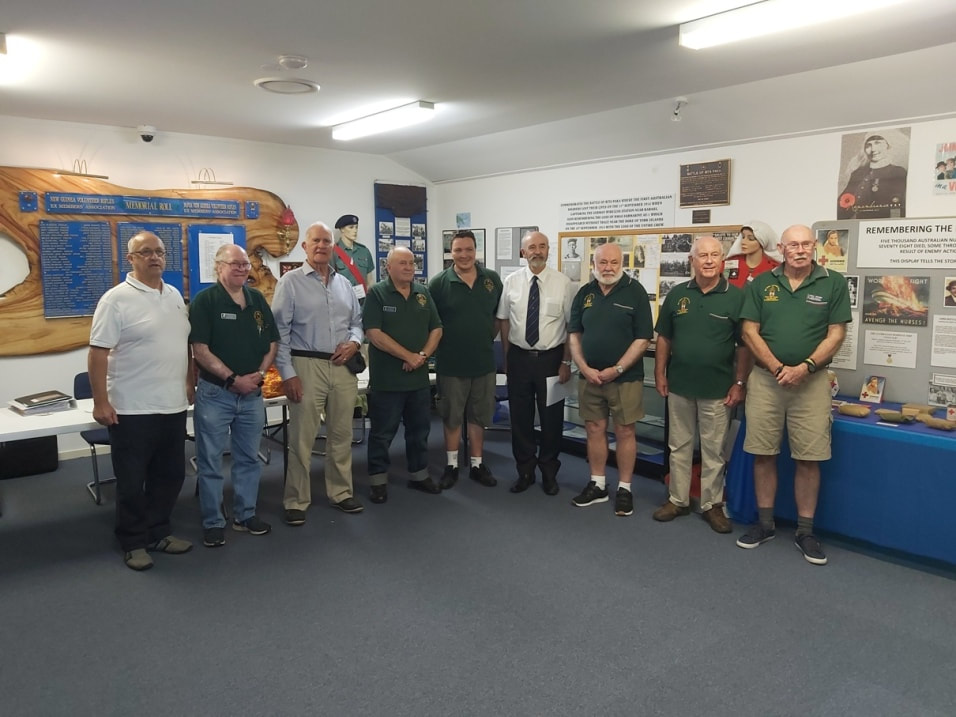 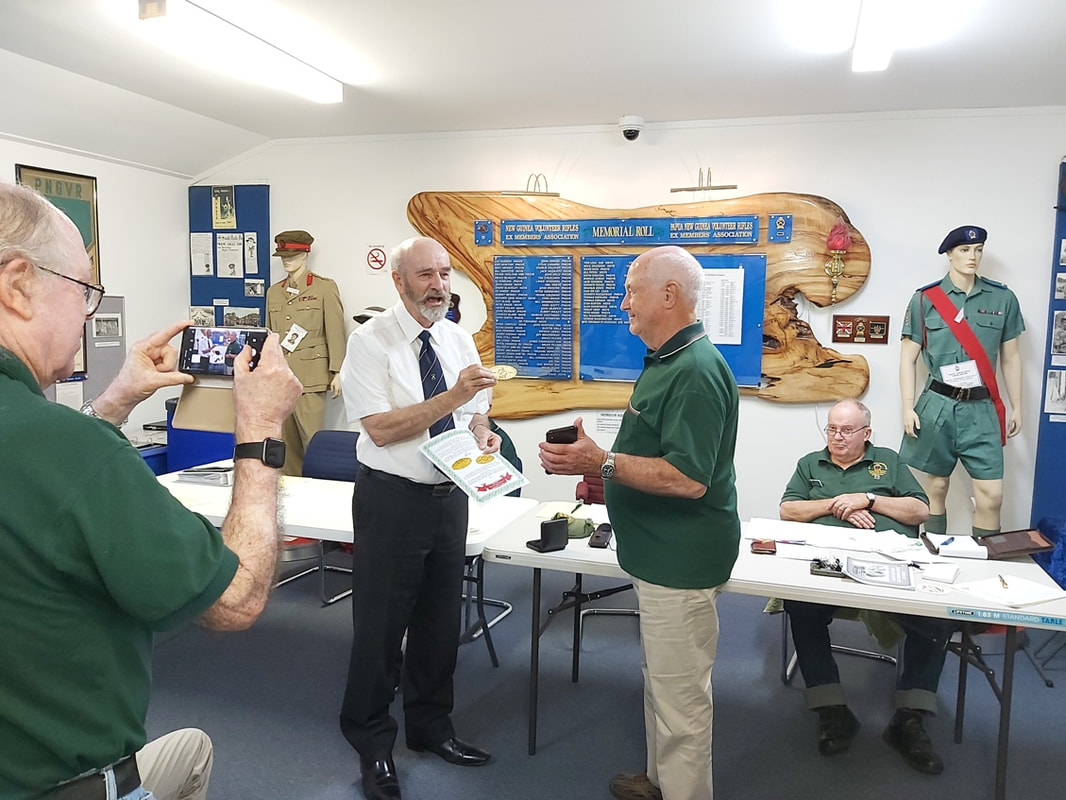 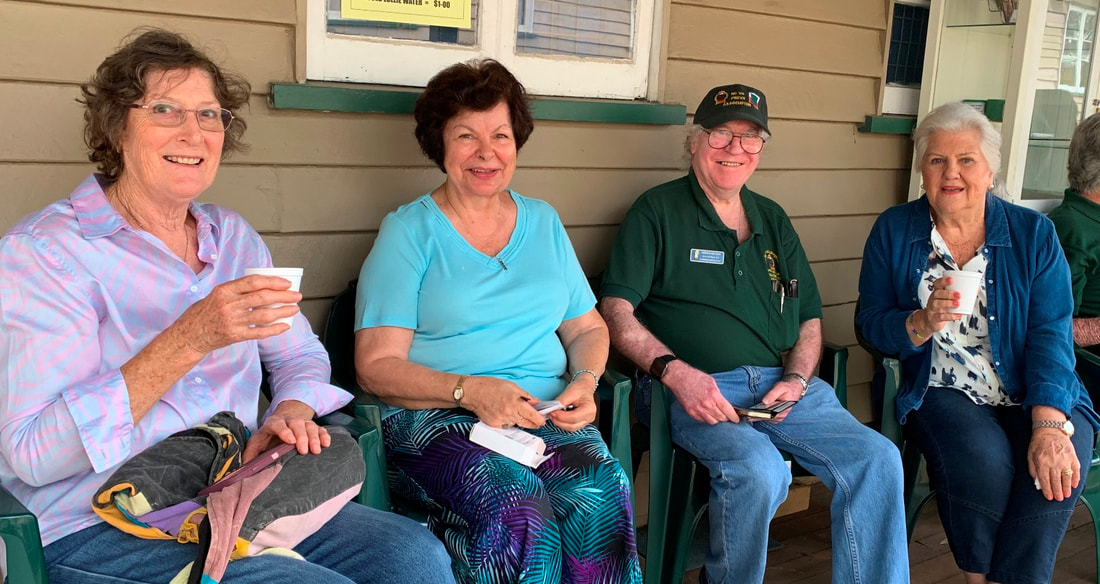 Having a cuppa after the BBQ lunch.  Marie Zimmerman, Jessica Harrington (Jessica and her friend Syliva McNeilly work at the museum regularly cataloging all items such as maps, papers, displays, books, etc.), Kieran Nelson, Joyce McGrade. 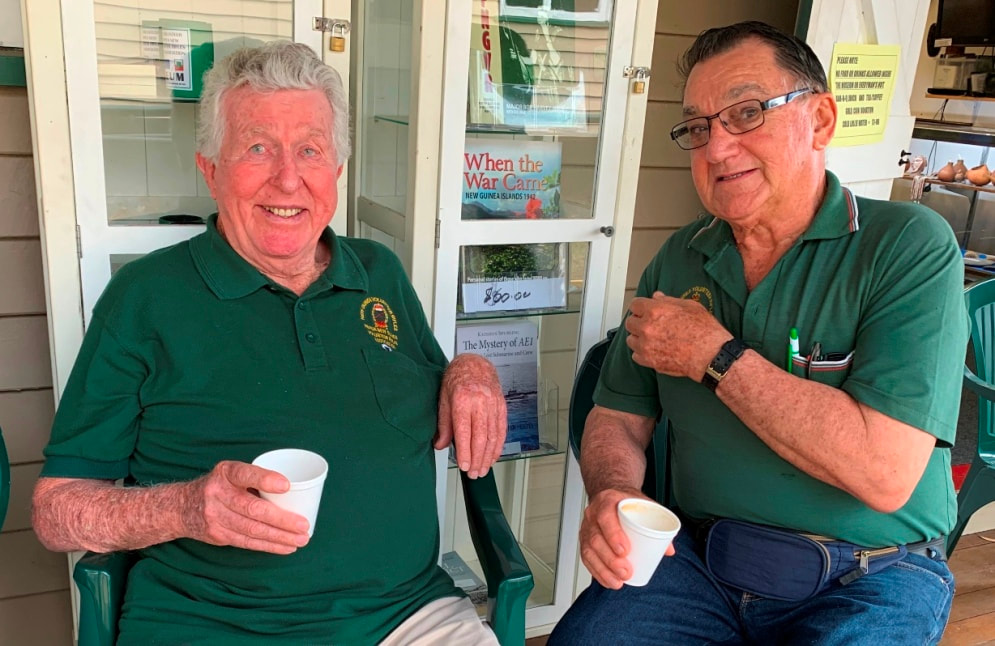 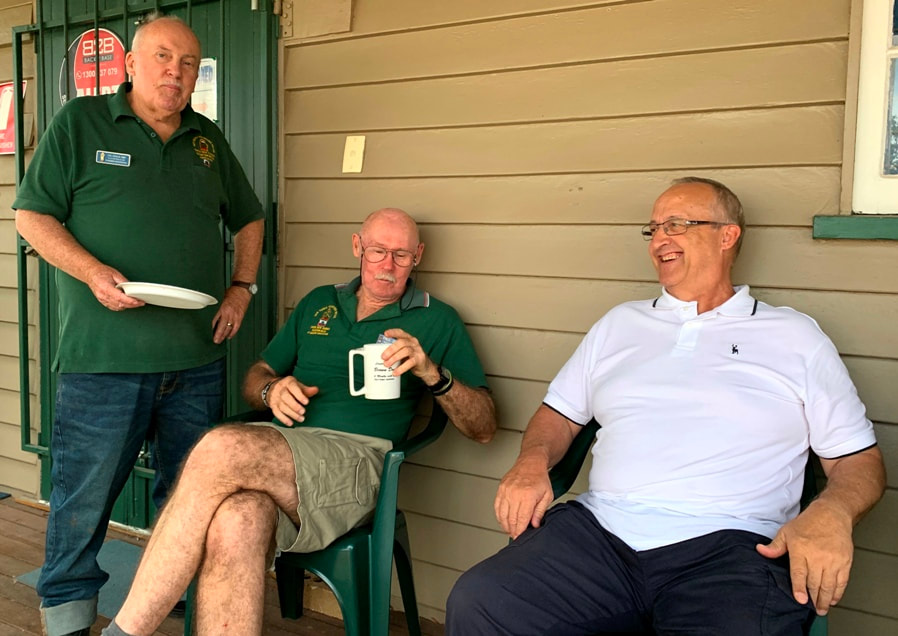 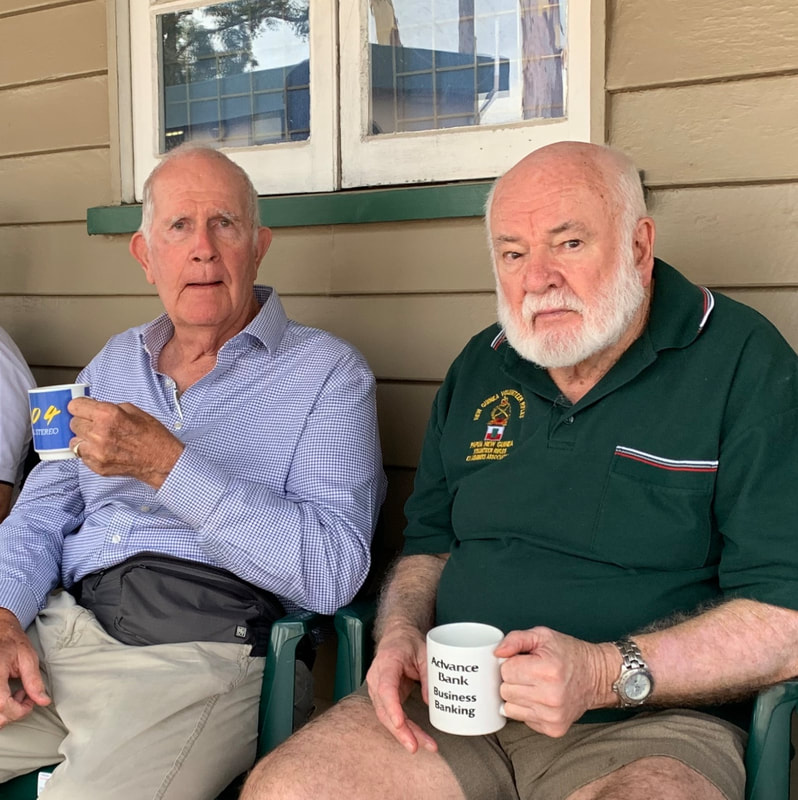