​A sign of the times meant that only 52 persons marched behind the Assn banners.  Thanks to the Harbeck family, we had young, strong banner bearers, and those behind looked splendid in Association Dress with medals.

With the exception of the serving Military personnel, we would have been one of the best turned out Assn to march, and the crowd appreciated our turnout.
​Some 70 persons attended the get-together after the march and the ceremony at the Hall of Memories and a great time was had thanks to the excellent organizational skills of our hard working Secretary, Colin Gould.​. 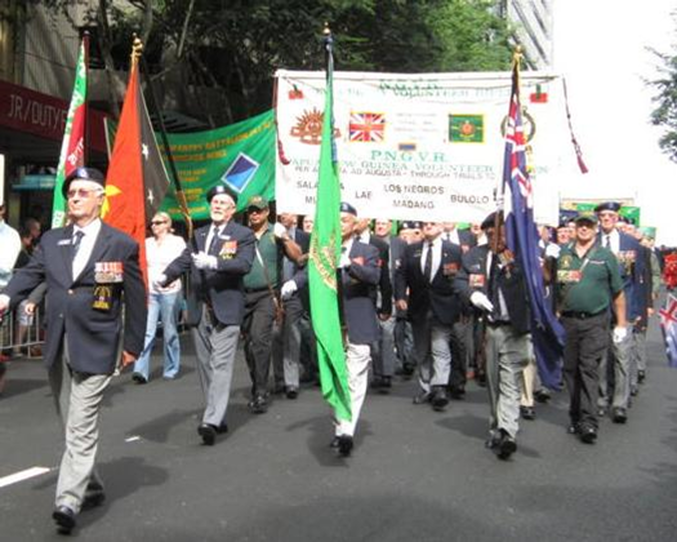 The Association marchers, led by     President Phil Ainsworth, as they swung     into Adelaide Street.  Note that Assns had   to march 2 abreast, which caused some   confusion prior to the start of the march.
For the first time this year we did not have   a WW2 man march in front of the flags.     Les Irvine, ANGAU, who previously had   that honour, went around in a Jeep. 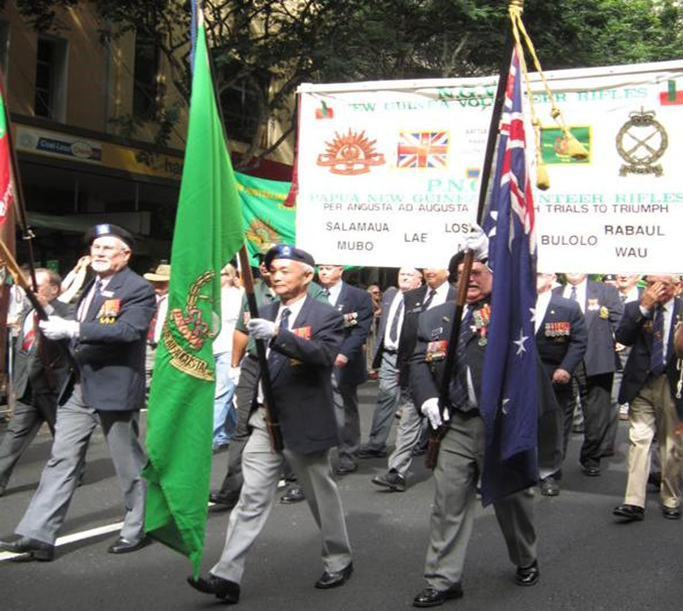 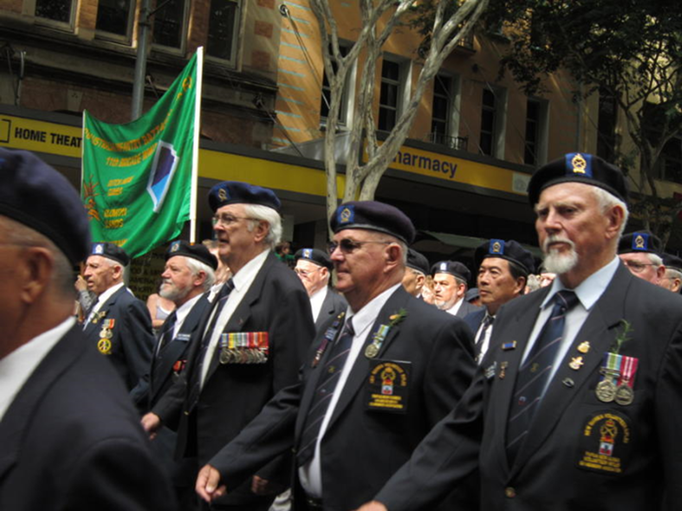 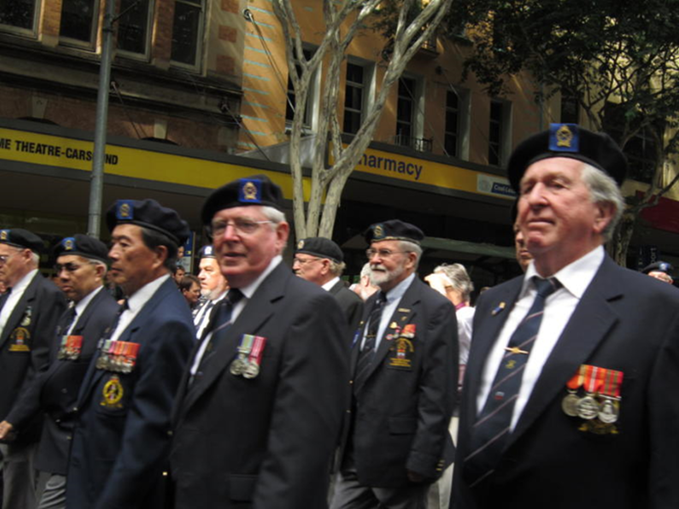 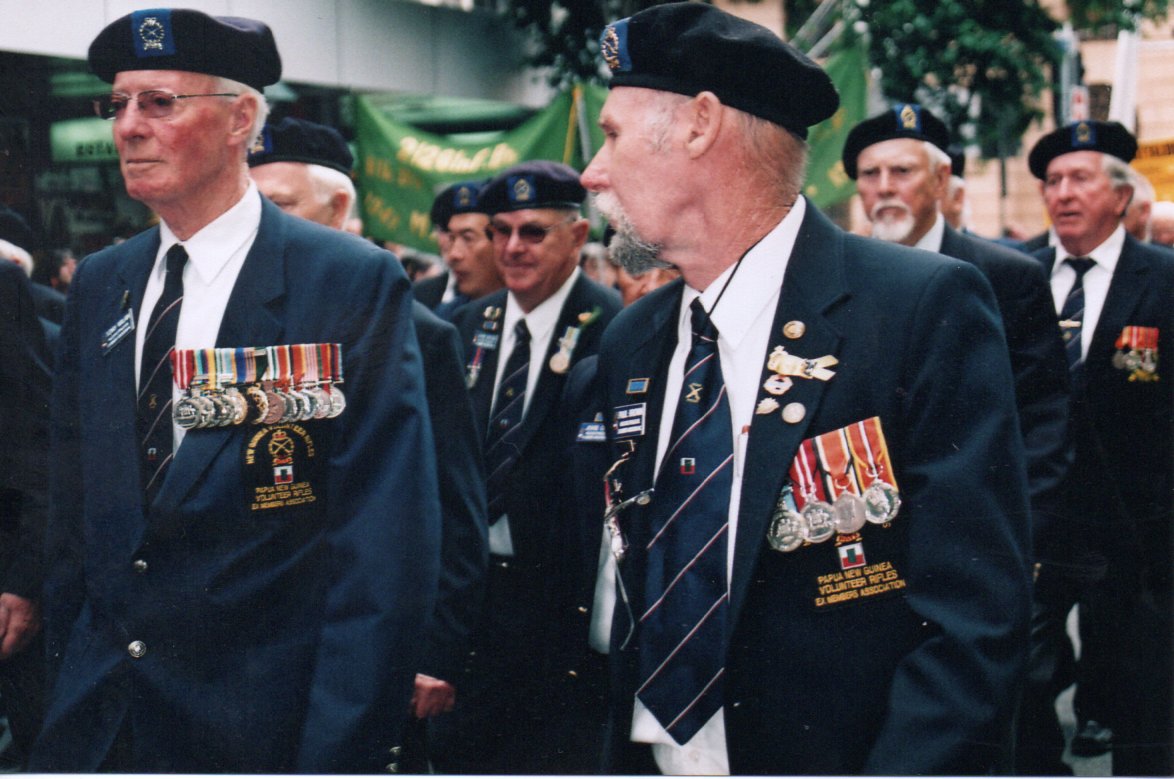 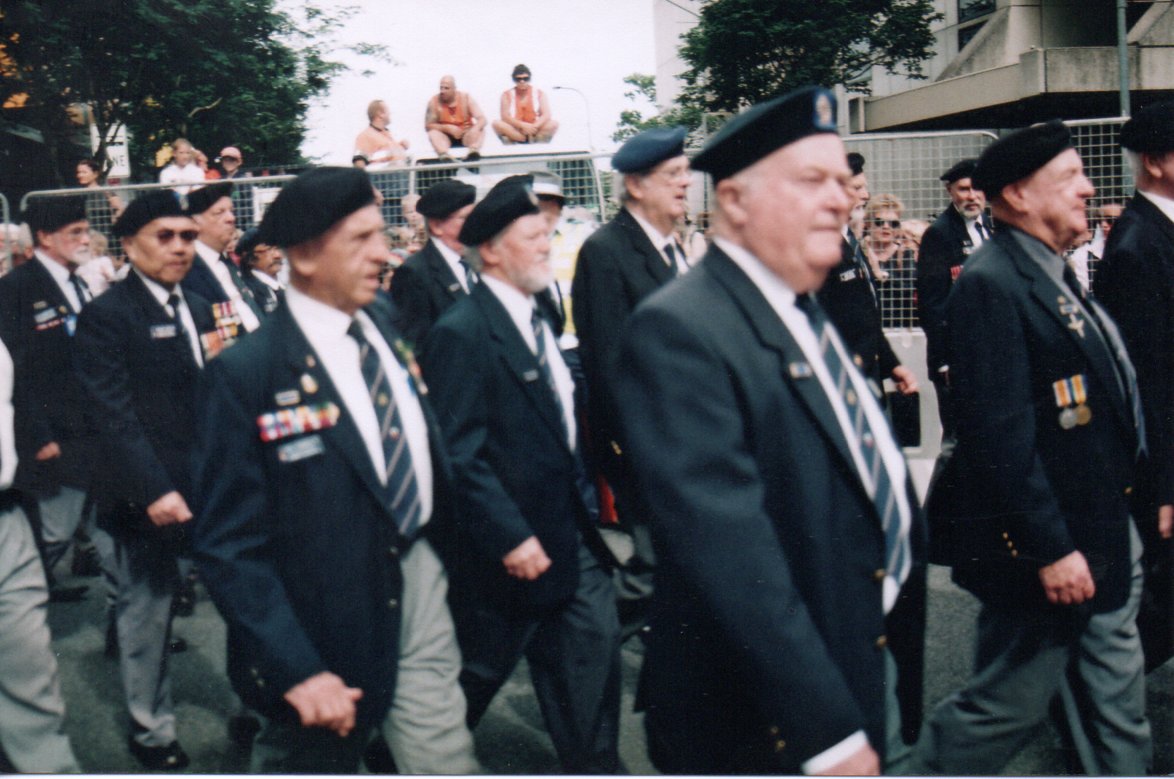 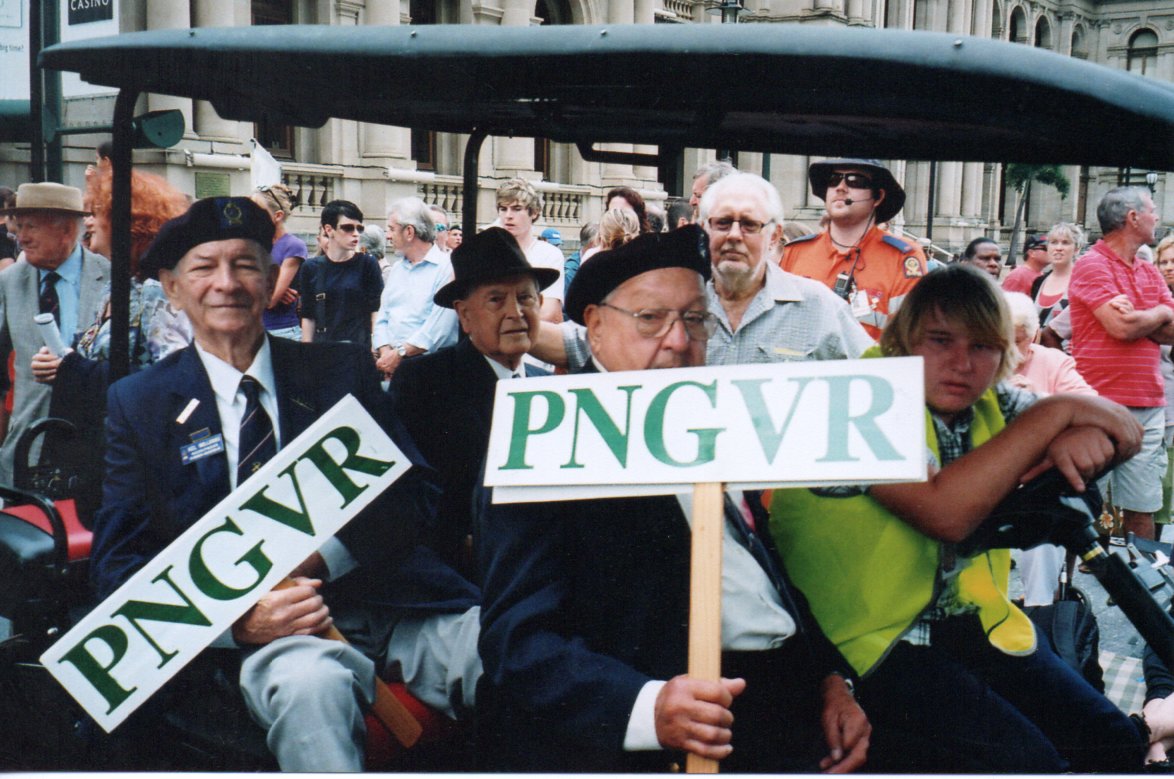 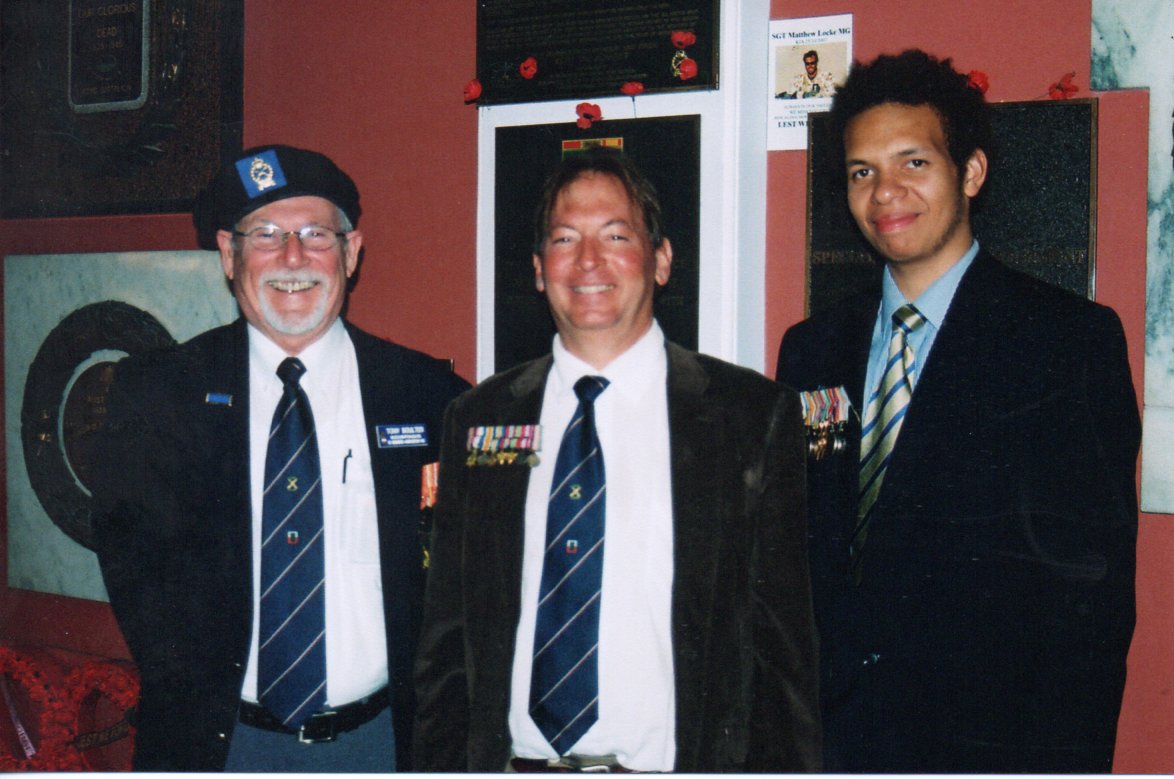 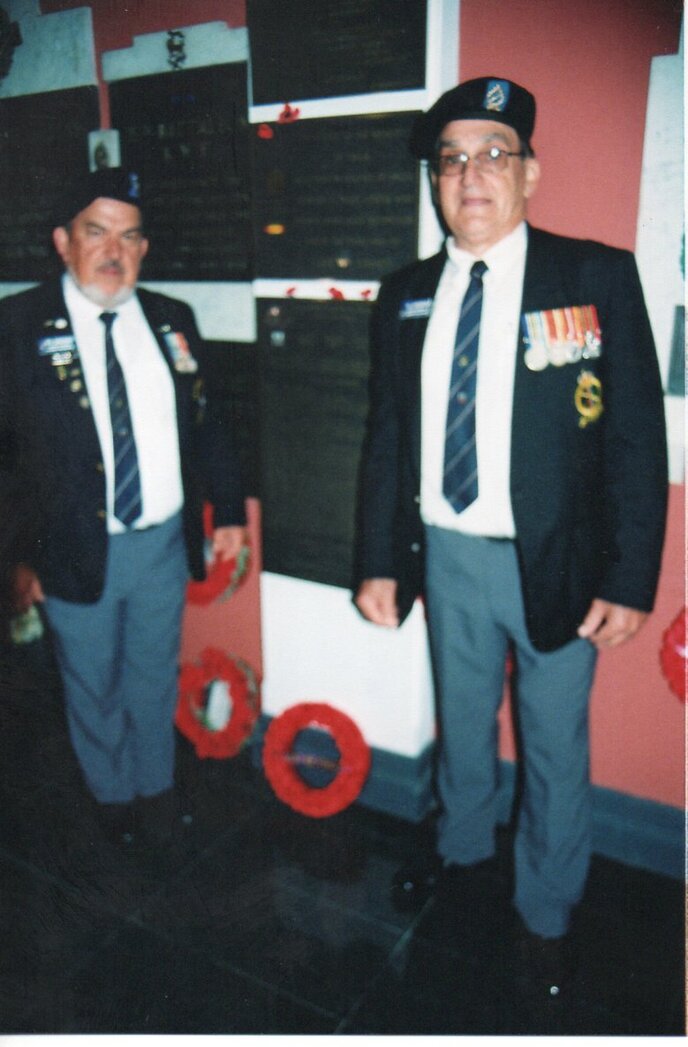 Mike and Mal Zimmerman in the Hall of Memories. 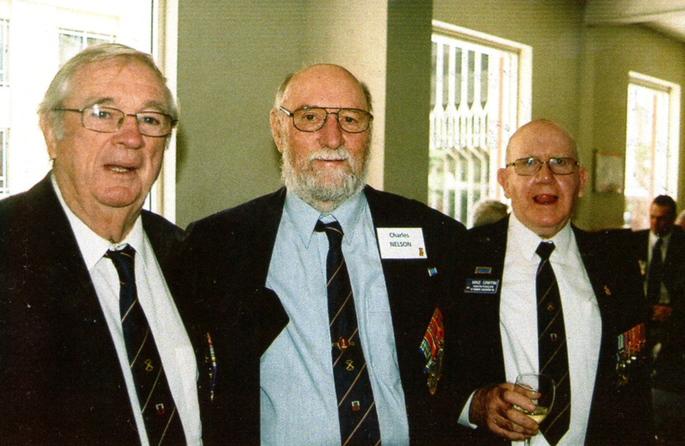 Two visiting members from the ACT, Don Hook and Charles Nelson, enjoying a chat with Mile Griffin Committee Member and frequent assistant at the Museum 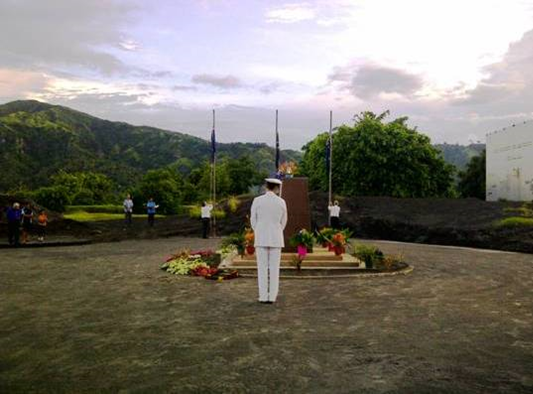 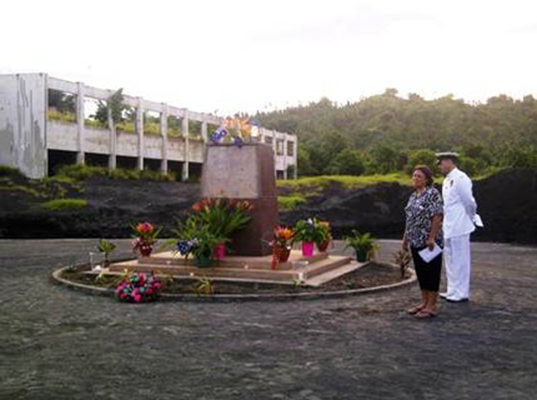