​ANZAC Day in Brisbane turned on some great weather and we fielded some 80 members for the march. A total  of  176  units  marched  in  this  year's  parade  in  Brisbane.  The  parade  and  spectators just  seem  to increase  in   numbers  each  year,   Unfortunately  we  missed  out  (again)   on  having  any  bands  within reasonable  hearing  distance.  The  Queensland  University  Regimental  Band  has  offered their support for 2005, and we will be making an early request to the Parade Committee to allow this band to march with us next year.

Our  ANZAC Day reception at the Exchange Hotel was well attended and I would  like  to  thank  the management for allowing us, once again, to use the main ground floor bar area for our reception. When we first marched in Brisbane in  1990,1991  etc I can recall that we charged $10 pp for limited beer and finger food. Fourteen years on, we have been able to hold the cost at $20pp for the last four years.
​
I would like to acknowledge and thank those members who traveled great distances to.be with us on the day.  It was great to see John Mudge from  Port Moresby,  Bob and  Dawn  Harvey-Hall from Vlctoria,  Noel Kenna also from Victoria, Alastair Martin from the Solomon Islands, Trevor Connell from the top end, Jes Hansford from the deep south, lvan Old from NSW,   Karl & Jenny Aschhoff from somewhere the other side of the Black Stump and Patrick Scarle from Western Australia.
Special thanks must go to those behind the scenes who put in a great effort to organize our functions Col Gould, Bob Collins, Joe Fisk, Paul Brown, Bruce  Crawford, Phil AInsworth, Tom Dowling, Norm Mundy, John Holland and Barry Wright. 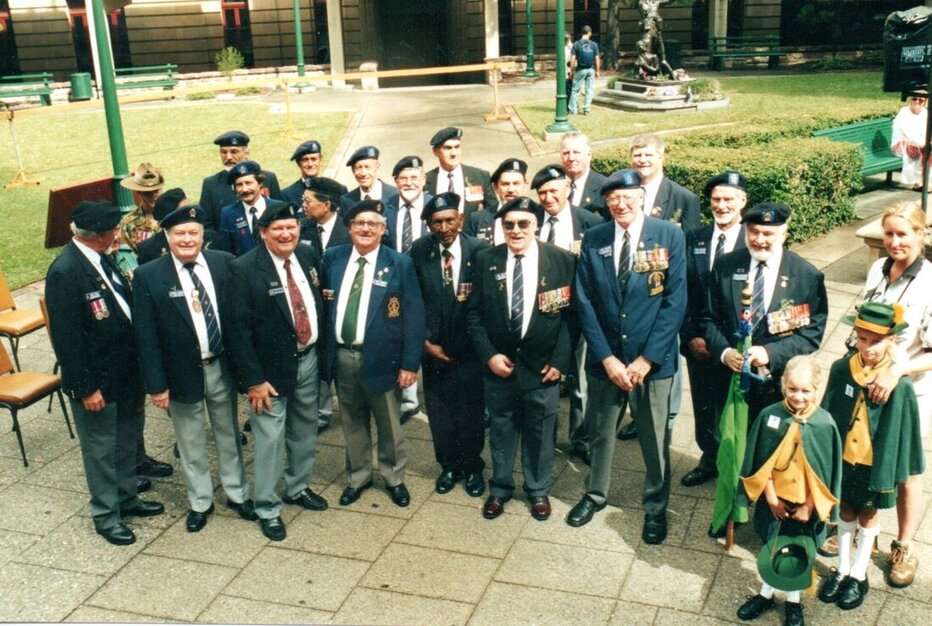 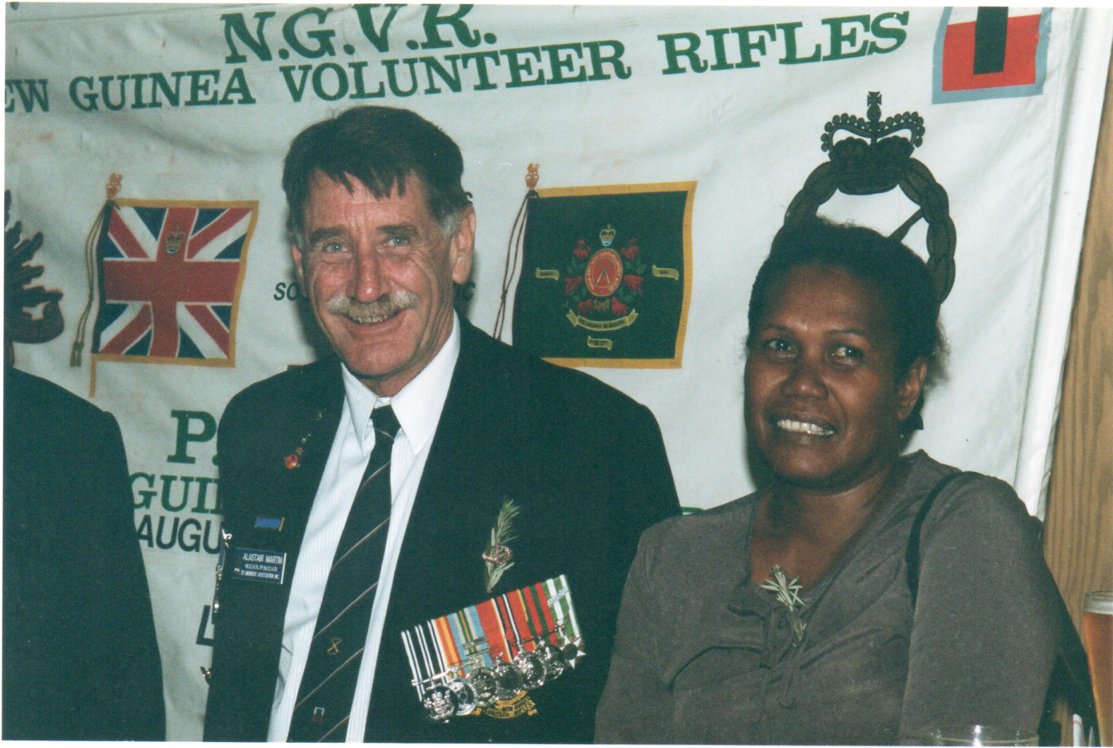 Alistair and Moni Martin.   They attended from Poona, near Maryborough, Qld. Alistair served with the N.Z. Army in Vietnam 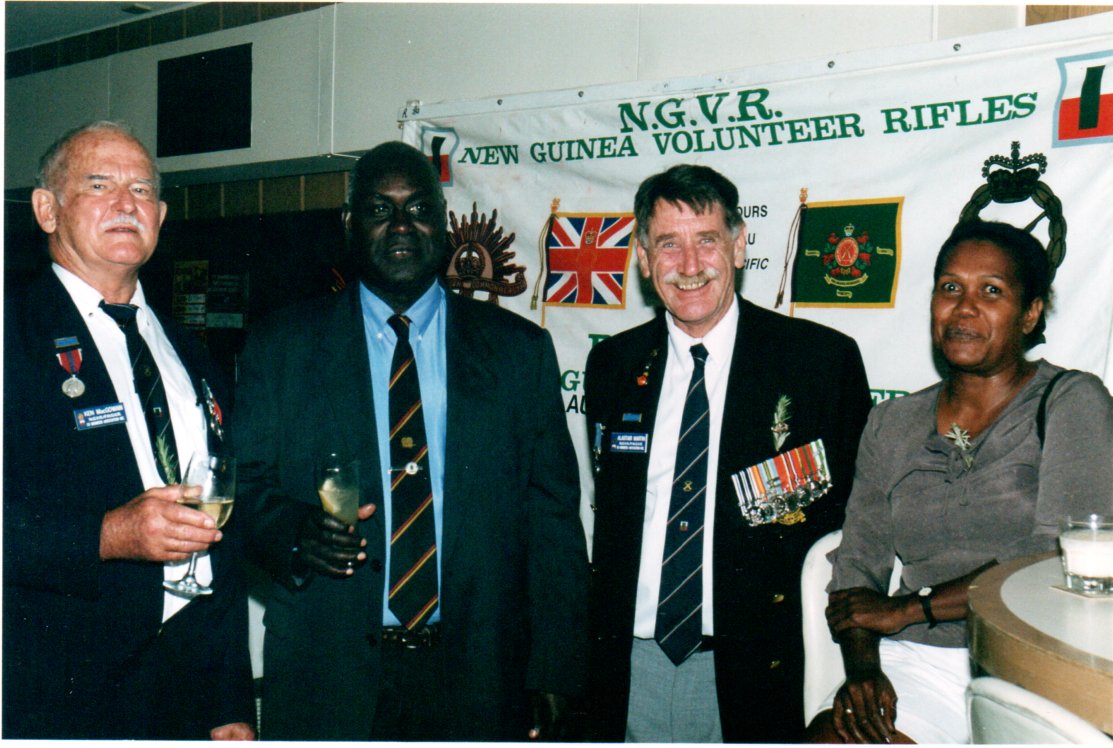 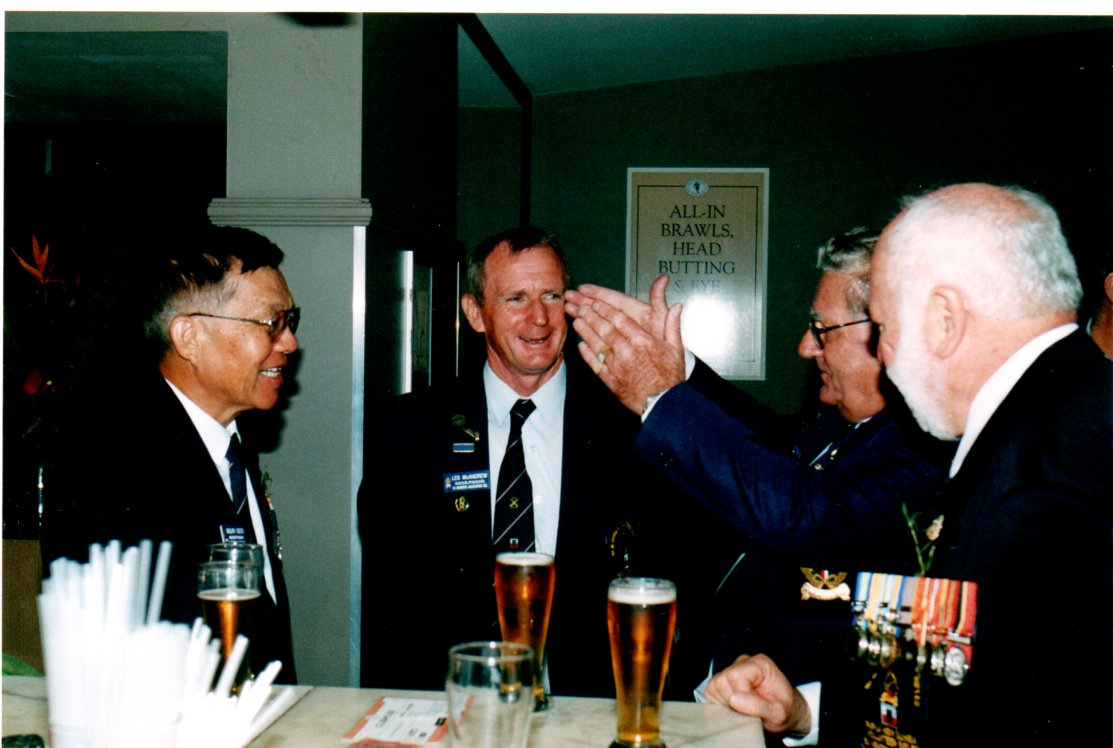 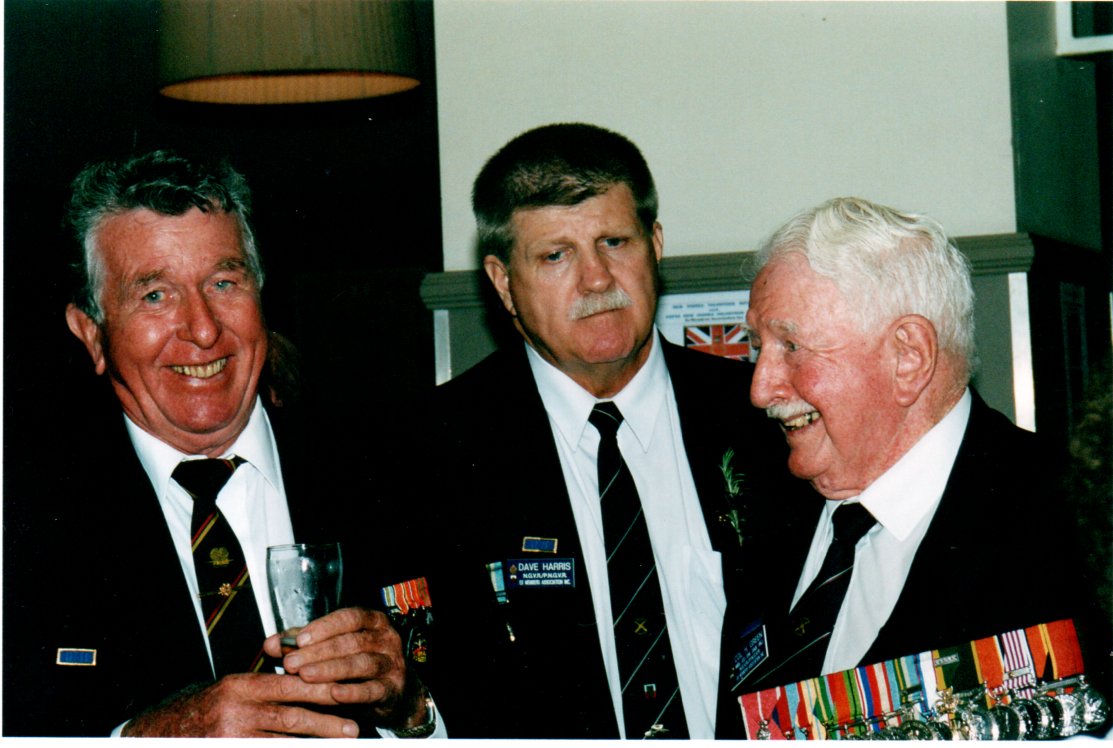 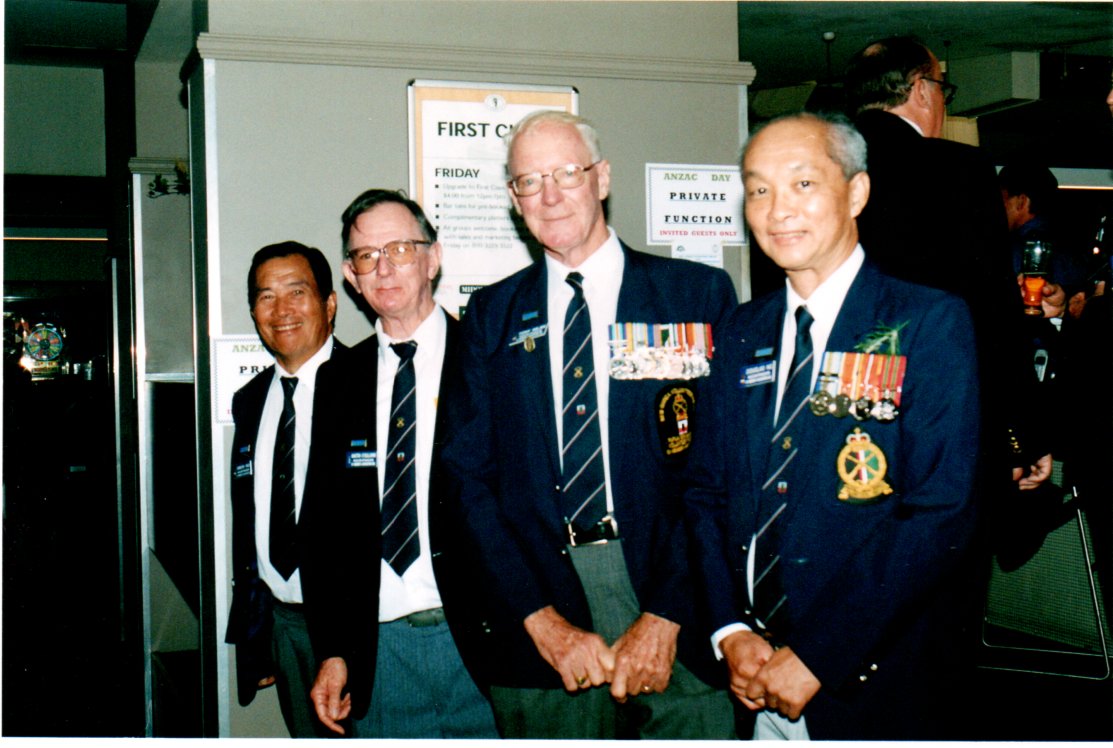 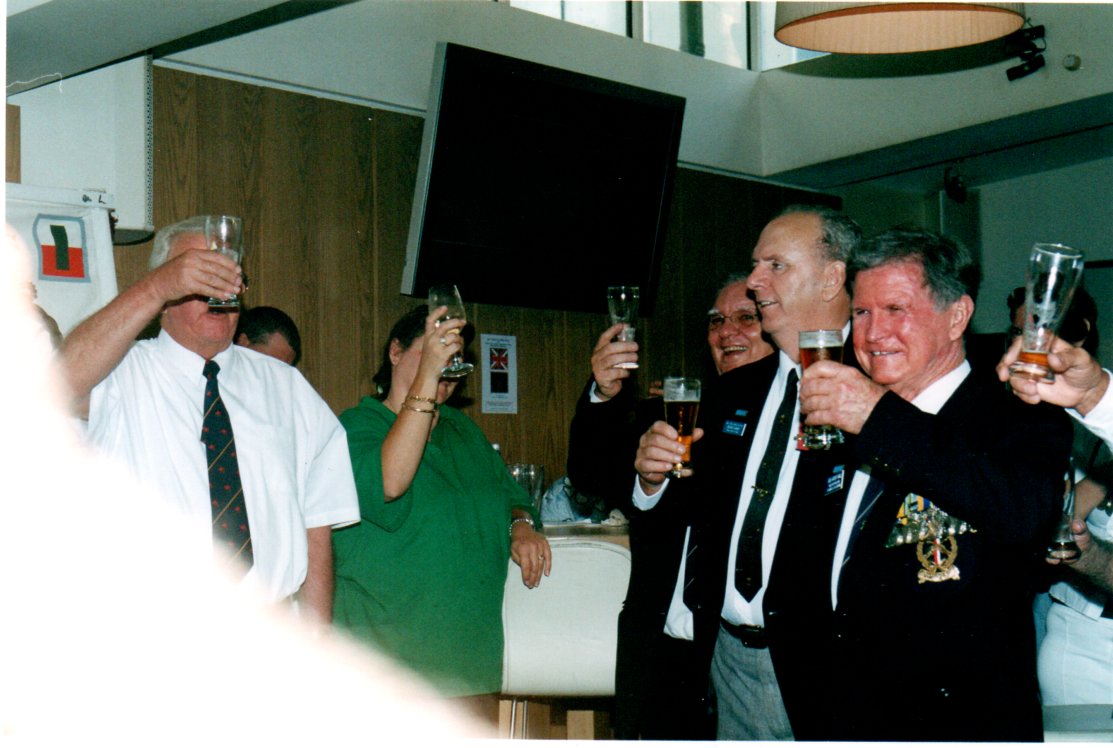 One of the toasts.   Bob Harvey Hall on Right. 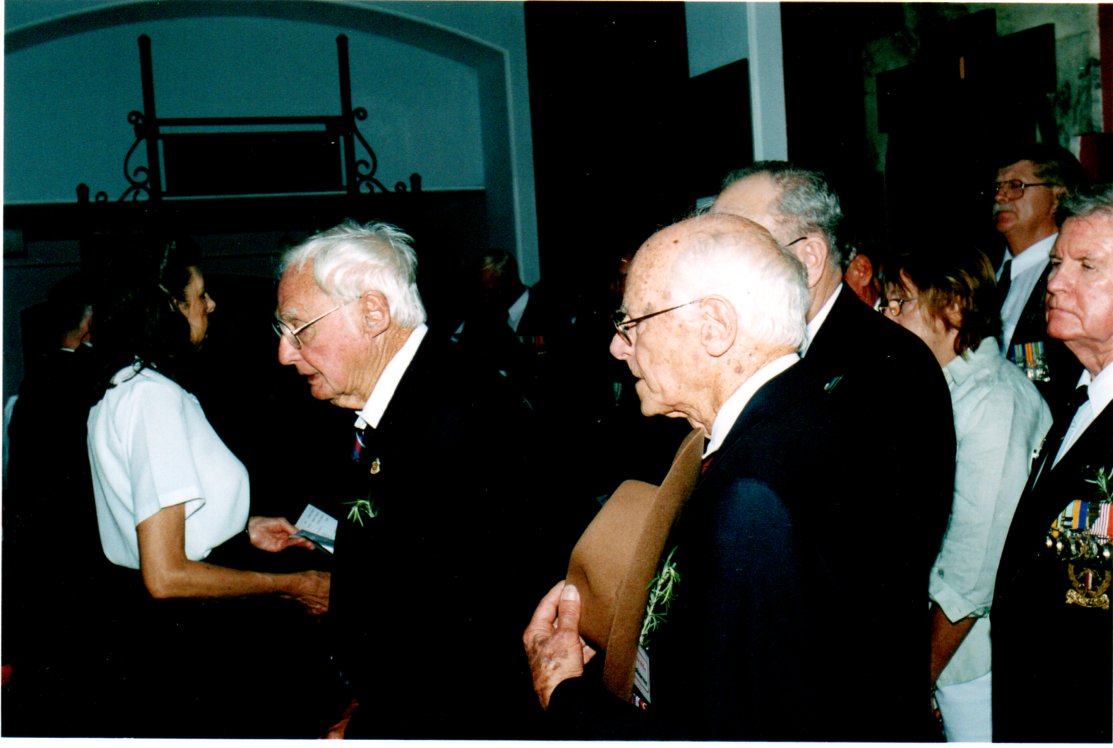 Above and below.   During the toast to "Absent Friends and Departed Comrades".   Holding Akubra hat is Harold Osborne NGVR/ANGAU who had travelled from Melbourne for the occasion. 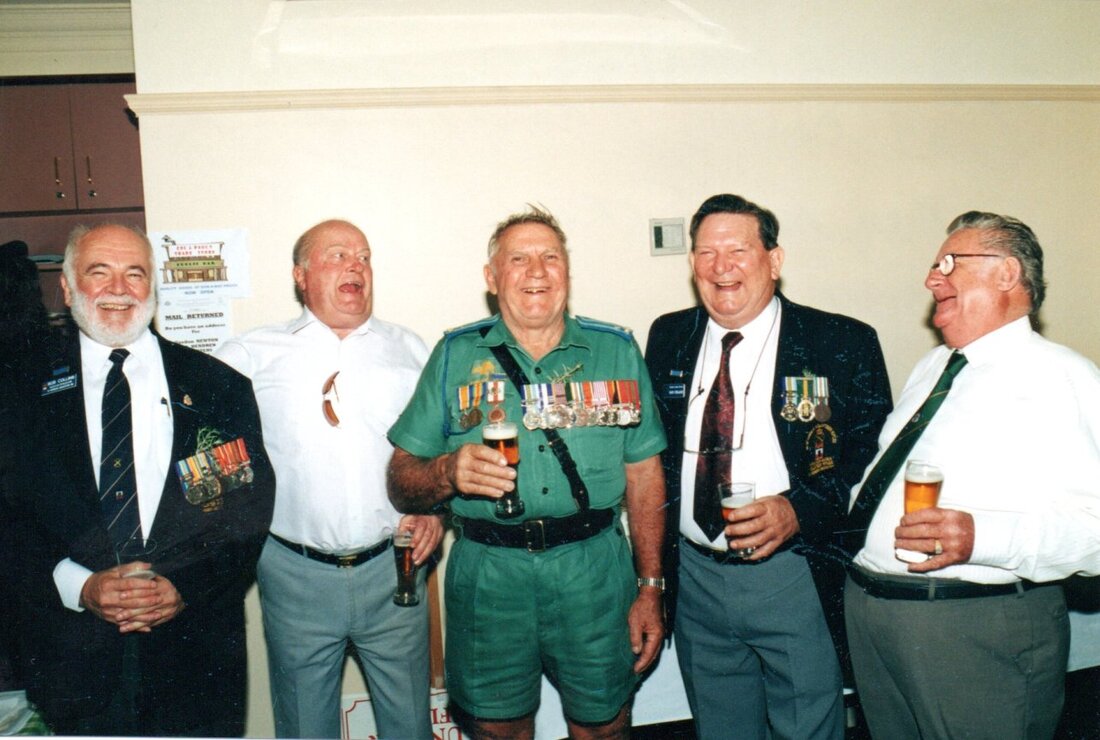